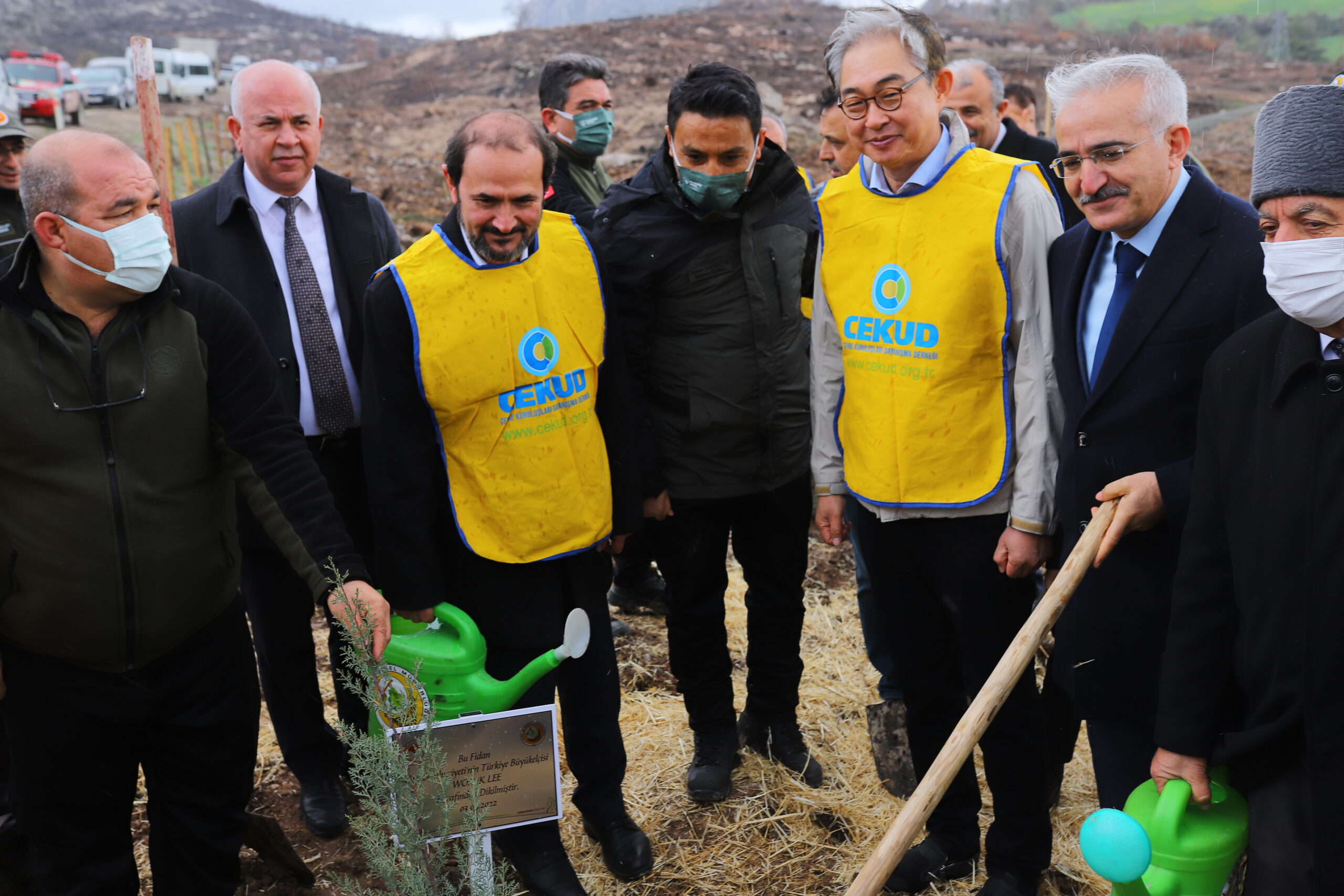 The sixth and last of the Turkey-Korea Friendship Forests, where previous saplings planted in Antalya, Nevşehir, Kilis, Istanbul and Muğla, now established in the Kadirli district of Osmaniye. Won Ik Lee, Ambassador of the Republic of Korea to Turkey, who attended the sapling planting ceremony representing South Korea, said “This donation campaign by the Korean people shows how deep and special the friendship between the two countries is.”

Korean nature lovers gave intense support to the “ We Have the Root – The Green Homeland for All of Us ” campaign launched by the Environmental Organizations Solidarity Association (ÇEKUD) with the aim of greening the areas damaged by the forest fires that occurred in different parts of Turkey during the summer months. It was decided to establish Turkey-Korea Friendship Forests with the 150 thousand saplings donated by Korean donors along with the donations of the Turkish donors. The sixth and last of the Turkey-Korea Friendship Forests, where previous saplings planted in Antalya, Nevşehir, Kilis, Istanbul and Muğla, now established in the Kadirli district of Osmaniye. With the completion of the Osmaniye stage, a total of 580 thousand saplings, 150 thousand of which were donated by Korean nature lovers, were planted within the scope of the Turkey – Korea Friendship Forest Project.

AMBASSADOR LEE: “THE FRIENDSHIP OF TWO COUNTRIES IS DEEP AND SPECIAL”

In his speech at the sapling planting ceremony, Won Ik Lee, Ambassador of the Republic of Korea to Turkey, stated that; “Osmaniye is a very beautiful place, on behalf of the Republic of Korea, I offer my deepest condolences to those who suffered from the forest fires in Osmaniye. I know that many houses, agricultural fields and animals were damaged in Osmaniye. I hope these wounds would be healed as soon as possible.”

Emphasizing that the sacrifices of Turkish veterans in the Korean War constitute a solid basis for the development of relations between the two countries, Ambassador Lee stated that he wishes to deepen the friendship between Korea and Turkey. Ambassador Lee said, “As you know, in the 2020 Tokyo Olympic Games, on the occasion of the women’s volleyball quarter-final match between Korea and Turkey, the Korean people, who were aware of the forest fires in Turkey, started a sapling donation campaign among themselves. More than 150 thousand saplings were donated in total. This donation campaign by the Korean people among themselves shows how deep and special the friendship between the two countries is.

ÇEKUD President Prof. Dr. Eyüp Debik said, “Behind the intense interest of Korean nature lovers in the call for sapling donation, there is a feeling of friendship and brotherhood between Turkey and Korea for almost a century. With the intense interest of our Korean friends in our sapling donation campaign, which helps us to make our forests green again, the friendship between the two countries refreshed again with fresh saplings.”

President Prof.Dr. Debik thanked the Korean Women’s Volleyball National Team Captain Kim Yeon-kyoung, who initiated the sapling donation campaign, Korean Ambassador Won Ik Lee and Istanbul Consul General Sung kyu Woo, who participated in the sapling planting ceremonies, and to all Korean nature lovers, and “A total of 580,000 saplings, 150 thousand of which are donated by Korean nature lovers, will take root in the Turkey-Korea Friendship Forests and will deepen our friendship”, he said.

Under the coordination of the General Directorate of Forestry, 20 thousand saplings, 10 thousand of which were donated by the Korean people, were planted in the Turkey – Korea Friendship Forest in the Karatepe village of Osmaniye. Kadirli and the surrounding cities are important as they are places where Korean martyrs and veterans live intensely. Within the scope of the Turkey-Korea Friendship Forests project, a total of 580,000 saplings, 150 thousand of which were donated by Korean nature lovers, were planted in 6 cities.

HOW DID THE IDEA OF TURKEY – KOREA FRIENDSHIP FORESTS EMERGED?

In the Olympics held in Tokyo last year, our national team lost the game against South Korea women’s volleyball team. South Korea Volleyball National Team Captain Kim Yeon-koung, in the interview she gave to the press after the game, stated that there were big forest fires in Turkey and invited sports fans to donate saplings to Turkey. All of a sudden, the Korean social media united with the call of support to Turkey and its forests. Korean nature lovers donated nearly 150 thousand saplings via ÇEKUD’s donation platform: www.DikiliAgacimVar.com. In consultation with the Turkish Embassy of South Korea, it was decided to create ” Turkey-Korea Friendship Forests” in 6 cities, under the coordination of the General Directorate of Forestry. Plantation of saplings in Antalya, Nevşehir, Kilis, Istanbul, Muğla and Osmaniye were completed and a total of 6 Turkey-Korea Friendship Forests established in Turkey.

Environmental Organizations Solidarity Association (ÇEKUD) was established in 1999 with the aim of protecting the nature we live in and raising public awareness about the environment. The Association has determined its mission as contributing to the formation of a livable and sustainable world by increasing the environmental and moral awareness in the society, in accordance with the purpose of existence of all beings, in order to restore the balance that has been disrupted between nature and human beings. ÇEKUD is a non-governmental organization that continues its activities in 15 regions, 81 provinces and 21 countries with thousands of environment and nature friendly volunteers under the status of public benefit . Determining its target audience as the 8 billion human family, ÇEKUD strives to raise environmental awareness, to develop environmental ethics, to propose and produce permanent solutions to environmental problems, and to implement important projects in this field through conferences, symposiums and competitions it organizes on nature and the environment, especially on forestation. ÇEKUD, which implemented Zero Residue on the Table, also invented Carbonmeter measuring the carbon footprint , has a certified online sapling donation system DikiliAgacimVar.com , and record holder for planting saplings in 81 provinces at the same time, is known by the public as a non-governmental organization that brings together millions of saplings in Turkey. CEKUD.org.tr 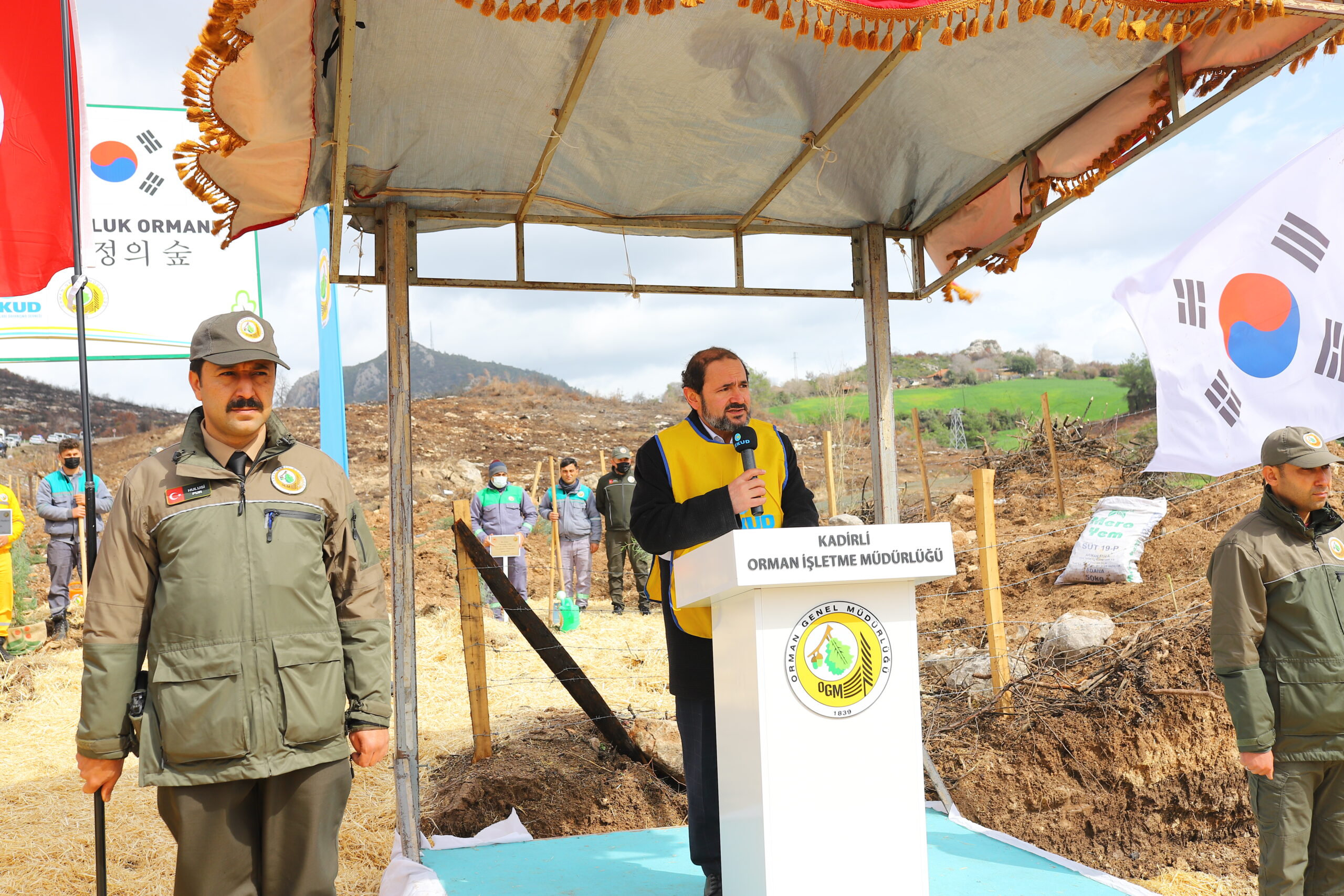 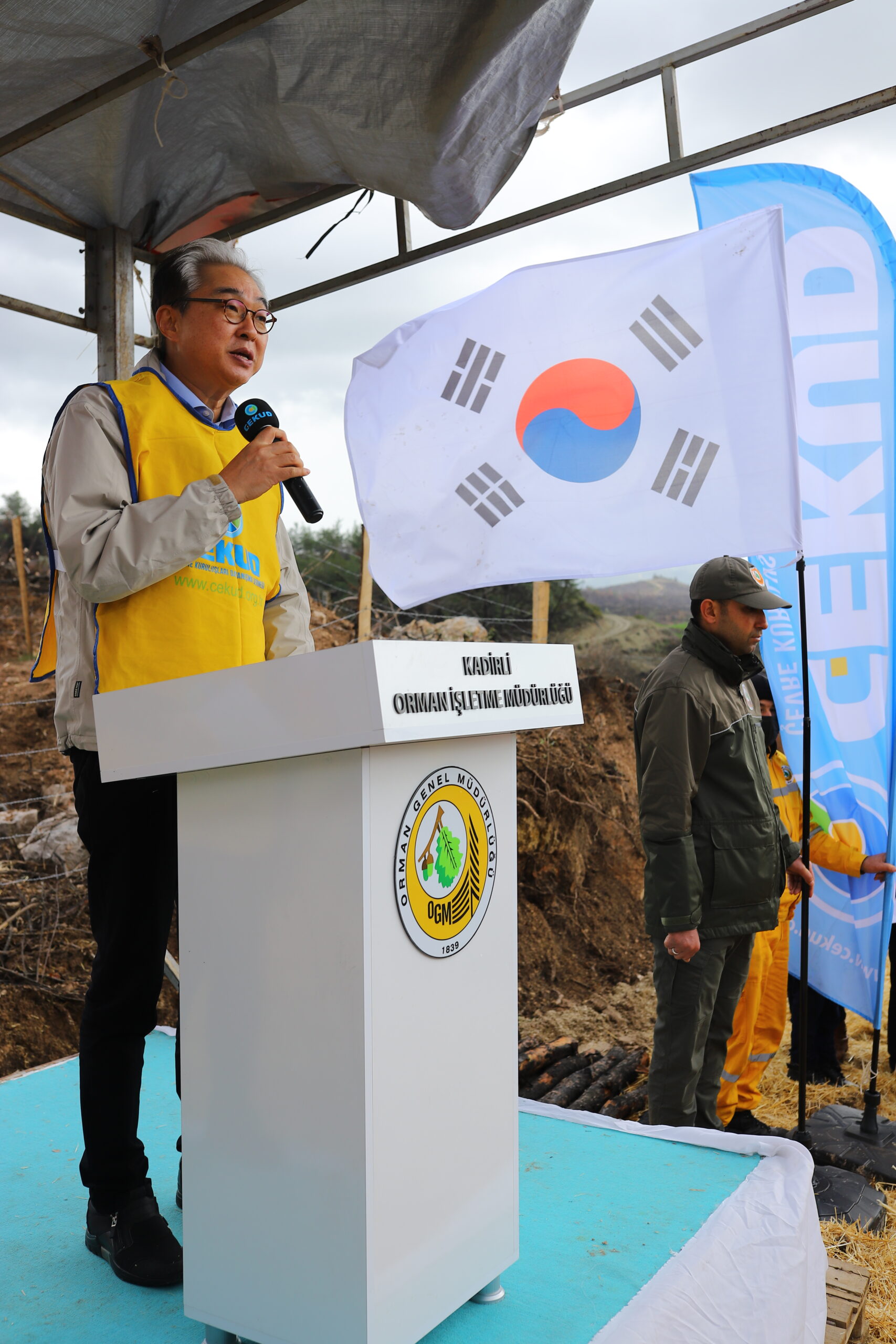 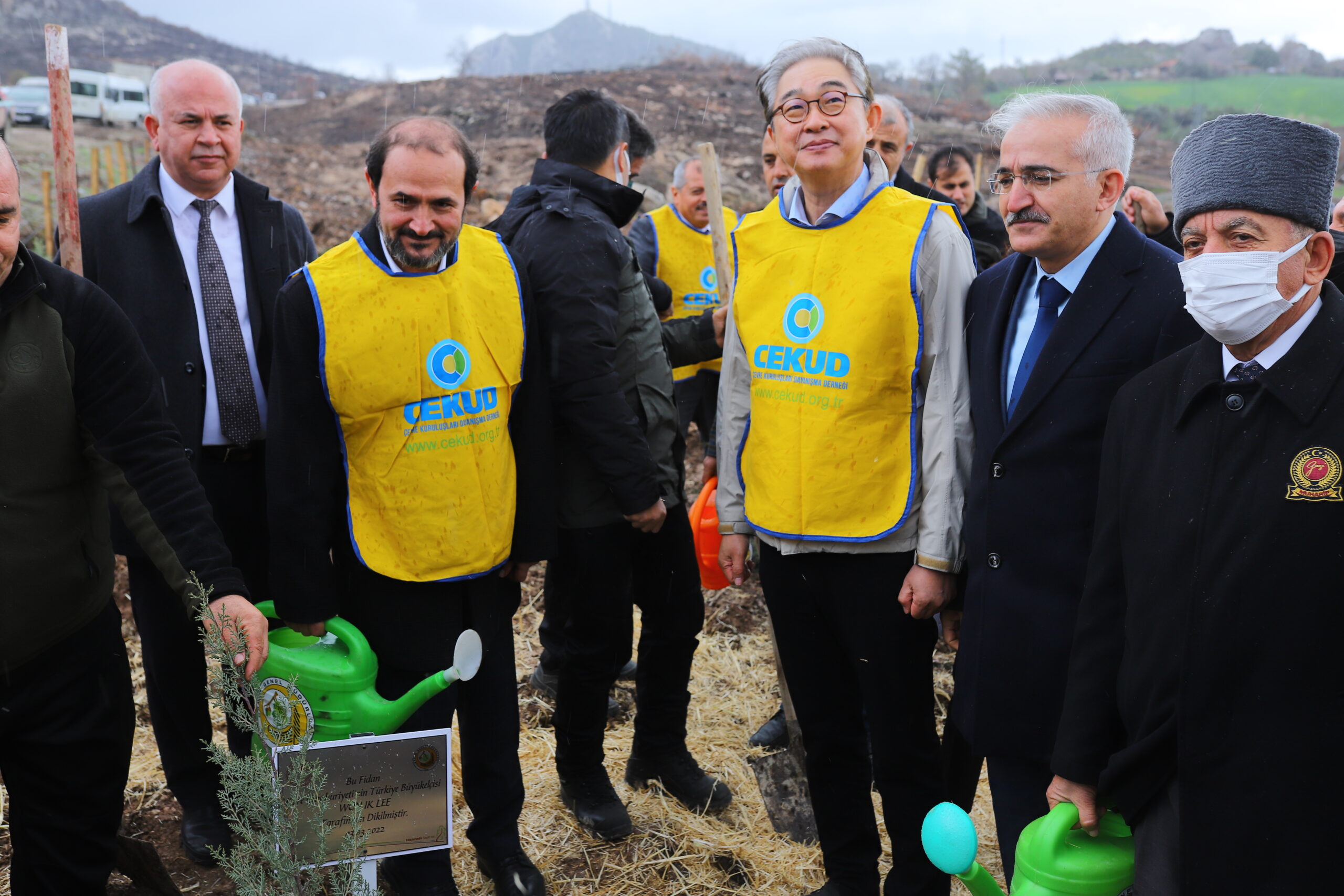 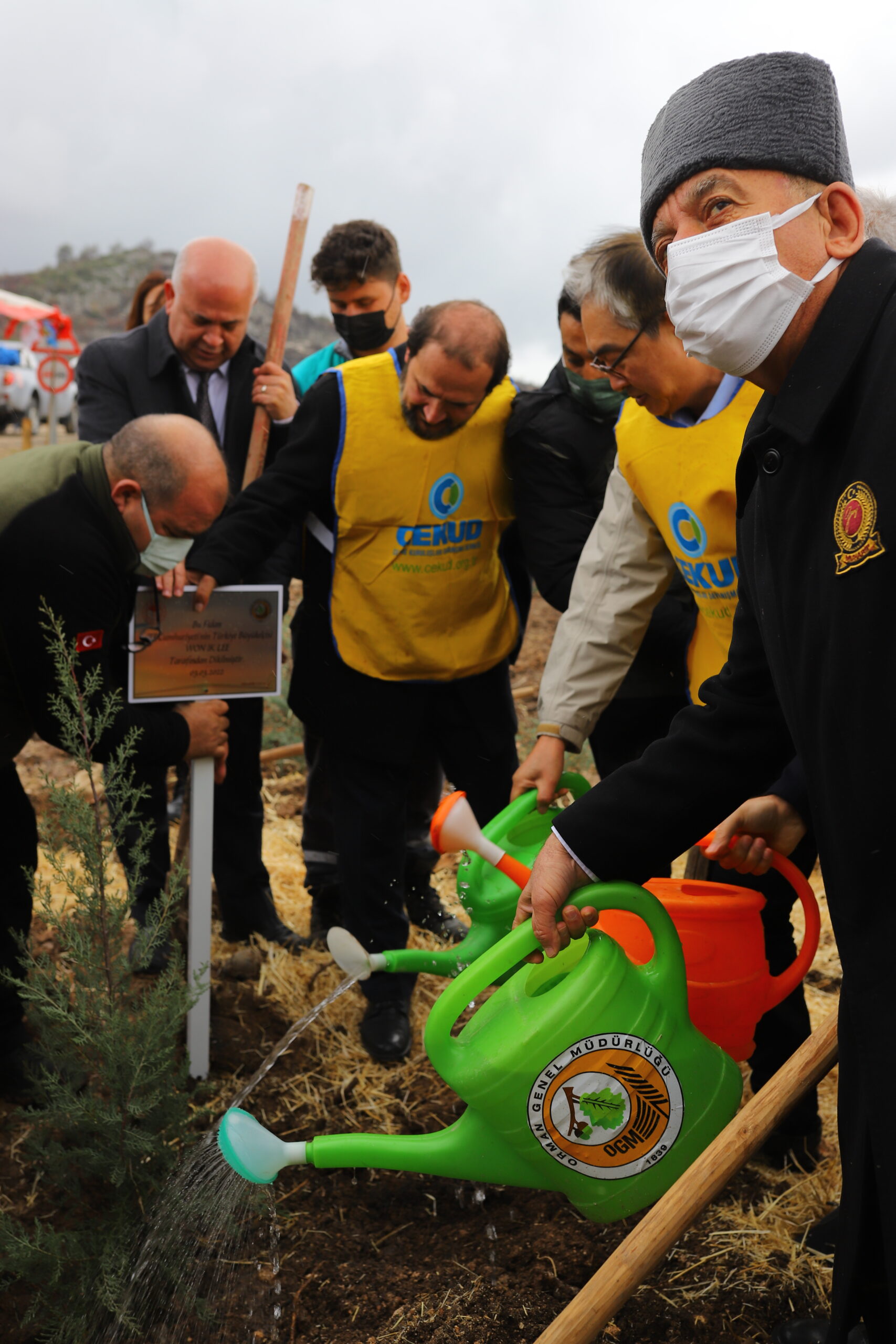 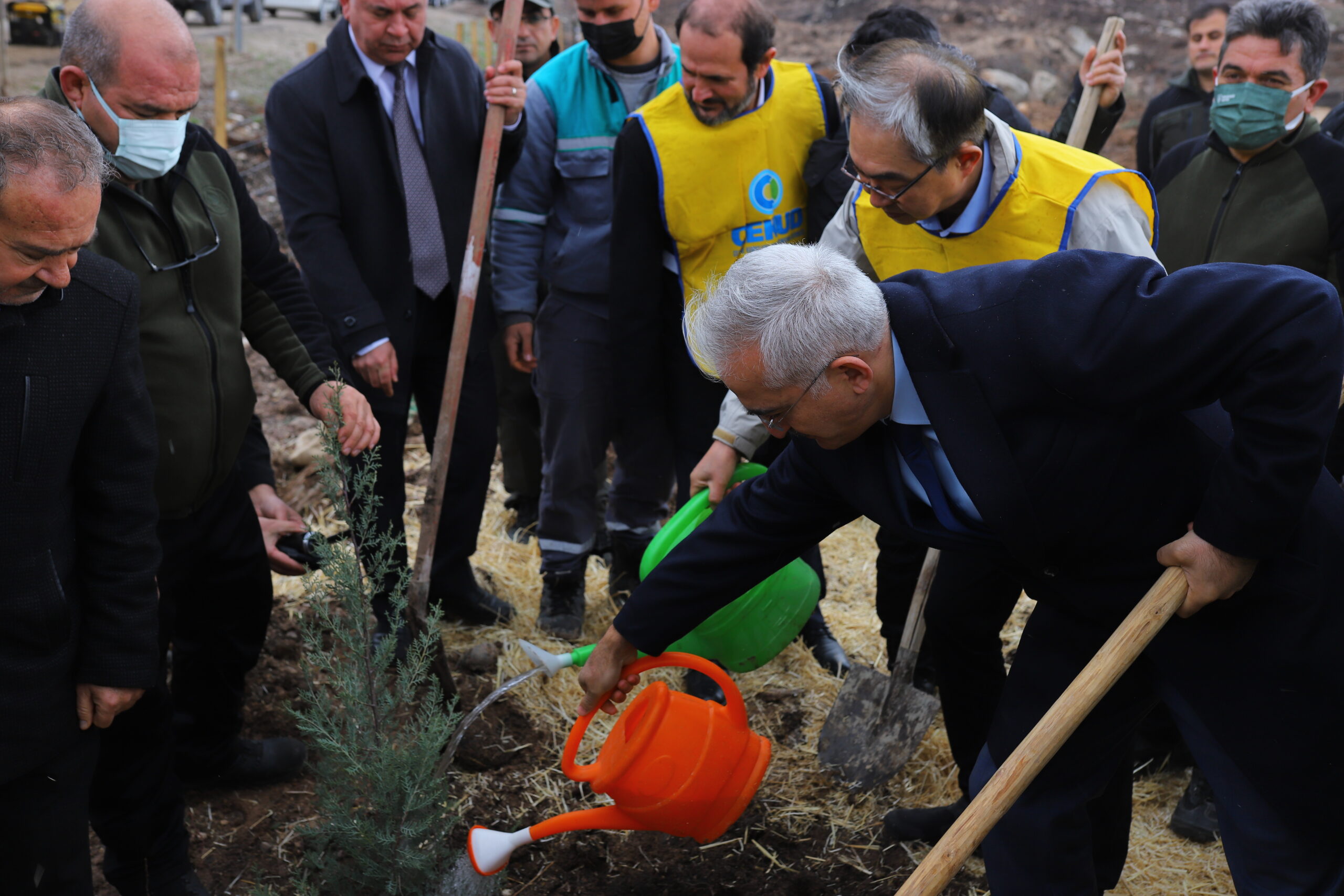